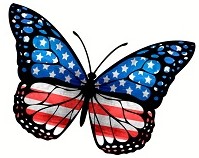 75th Anniversary of WW II: Victory in Europe (V-E Day) May 8 – With the death of
Hitler and the Allies closing in on Berlin, the Germans unconditionally
surrendered. Victory in Japan (V-J Day) August 14 & 15 – Originally the date of
Japanese surrender, now September 2 — the date the Japanese signed the terms
of surrender aboard the battleship U.S.S. Missouri in Tokyo Bay.