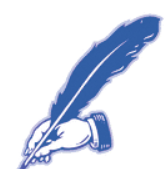 NEW!  The National Society launched the Patriots of the American Revolution DAR High School Essay Contest in 2021, for students in grades 9, 10, 11, and 12.  This essay contest will focus on figures of the American Revolution in preparation for the 250th anniversary of the nation’s founding. This contest is conducted without regard to race, religion, sex, or national origin.  All grades will be judged together, with one winner chosen per chapter.  The prompt, judges form, recommended reading list, and school resource materials are available for download on the Forms section of the American History Committee page of the national members only website.